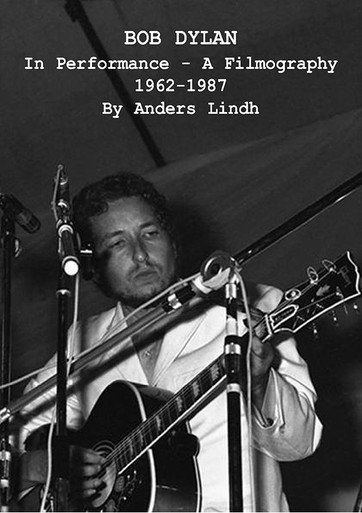 This new and informative book provides revealing discussions on all of the films of Dylan in performance. There are 240 pages which include some newly-discovered films and facts, including:

A wealth of newly discovered or re-evaluated 8mm footage from 1974-1984 to which the author has been allowed access through new transfers, including a previously unseen close up of Dylan performing ‘Hazel’ at The Last Waltz and many films from Dylan’s 1978 and 1981 tours, including many that has never previously circulated among collectors.

All TV and Film activities from Dylan’s first 25 years as a performer.

Images from rarer items all accompanied by a highly readable narrative

A most worthwhile addition to any library.