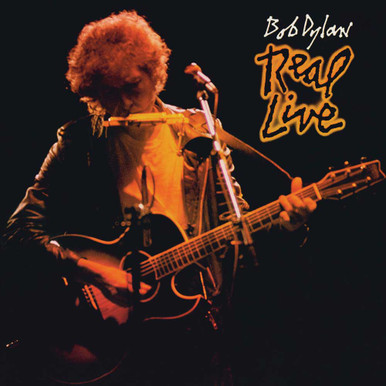 Real Live is a live album by American singer-songwriter Bob Dylan, originally released on November 29, 1984 by Columbia Records. Recorded during the artist's 1984 European Tour, most of the album was recorded at Wembley Stadium on 7 July, but "License to Kill" and "Tombstone Blues" come from St James' Park, Newcastle on 5 July, and "I and I" and "Girl from the North Country" were recorded at Slane Castle, Ireland on 8 July. Produced by Glyn Johns, it features Mick Taylor (formerly of the Rolling Stones) on lead guitar, Ian McLagan (formerly of the Faces) on keyboards, and a guest appearance from Carlos Santana. Pressed on standard black LP Vinyl with download code insert.