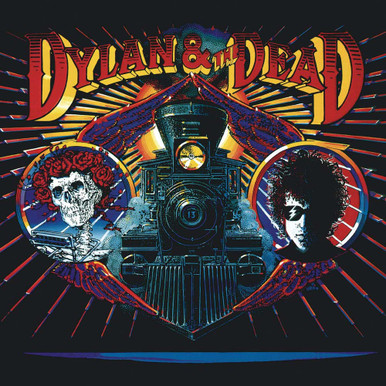 A1. Slow Train
A2. I Want You
A3. Gotta Serve Somebody
A4. Queen Jane Approximately

B1. Joey
B2. All Along The Watchtower
B3. Knockin' On Heaven's Door

Collaborative live album by American singer-songwriter Bob Dylan & The Grateful Dead recorded in 1987 during a successful stadium tour, that featured the two artists performing separately & together. Originally released in 1989 by Columbia Records. The album consists of seven songs written and sung by Dylan, with The Grateful Dead providing accompaniment. The album was produced by Jerry Garcia & John Cutler. Pressed on standard black LP Vinyl with download code insert.