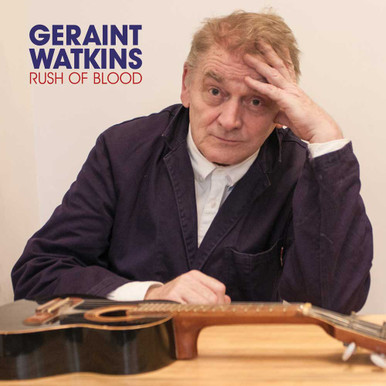 Attempting to designate a musical category for Watkins is not without its challenges, but the perspicacious Nick Lowe once observed that he could be filed as the missing link between Paulo Conte and Howling Wolf.

Another beacon of taste - Bob Dylan - proclaimed himself a fan by playing two solo cuts on his Theme Time Radio Hour saying (without a hint of irony) that Geraint Watkins is my favourite English piano player. There you have it...high praise indeed.

For so many years a keystone of the bands of Nick Lowe, Van Morrison, Bill Wymans Rhythm Kings, Dave Edmunds and countless more, Geraint Watkins is also a revered creator of his own sublime music, much of which has already been perfectly captured in a handful of solo albums.

For 2019s RUSH OF BLOOD album, Geraint found a new and unlikely collaborator in the form of Simon Ratcliffe of The Basement Jaxx to push his boundaries even further. This unique aggregation - aided by some master musicians has produced what will surely come to be regarded as the finest yet of Watkins solo projects.

Released in 2019 via The Last Music Company.