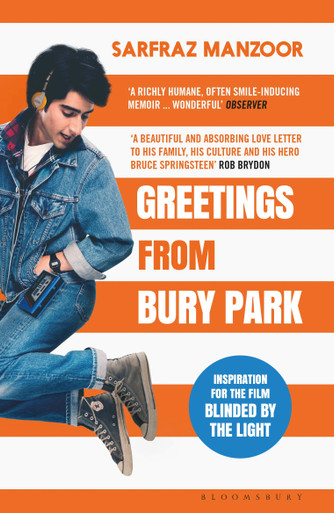 Now a major motion picture titled 'Blinded by the Light', directed by Gurinder Chadha, a charming memoir of growing up during the eighties as both a Pakistani Muslim and Bruce Springsteen fan. Includes a new afterword by the author.

Sarfraz Manzoor was two years old when his family emigrated from Pakistan to join his father in Bury Park, Luton. His teenage years were a constant battle to reconcile being both British and Muslim. But when his best friend introduced him to Bruce Springsteen, his life changed for ever. In this affectionate and timely memoir, Manzoor retraces his journey from the frustrations of his childhood to his reaction to the tragedies of 9/11 and 7/7.

Original, darkly tender and wryly amusing, this is an inspiring tribute to the power of music to transcend race and religion and a moving account of a relationship between father and son.

Sarfraz Manzoor is a writer and broadcaster. He writes for the Guardian and has also written for the Observer, Prospect, New Statesman, Uncut, the Daily Mail and Marie Claire. He has written and presented documentaries for BBC 2 and Radio 4, and he is a regular present on BBC Radio 5 Live. Prior to his broadcasting career, Sarfraz Manzoor was a deputy commissioning editor at Channel 4, and before that he spent five years as a journalist for Channel 4 News.