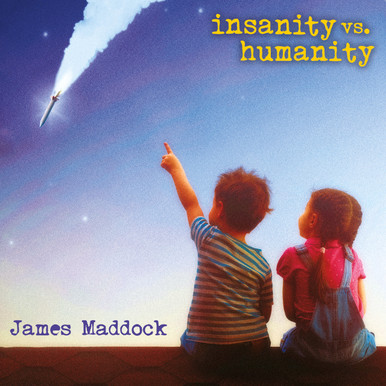 4. What The Elephants Know

A rock ‘n’ roll lifer, James Maddock has been carving his unique path since the 1980s, when the British-born singer/songwriter kicked off his career with a raw, soulful voice with a storyteller's sense of narrative (to throw in a little star power, Letterman is a fan, and Springsteen has been known to kick off his own shows by taking the stage to one of James Maddock's tunes.)

For his latest album Insanity vs. Humanity (Songs of Avenue C Records), returns Maddock to his politically-charged roots, bringing him full circle after a three-decade career. Recorded in the wake of the American election that sent Donald Trump to the White House, the new album finds Maddock — a New York City resident since the early 2000s — rallying against capitalism, dictators, and the suppression of equal rights. Songs like "Fucked Up World" make no attempt to hide their anger, while the music itself underscores Maddock's lyrics with plenty of guitar firepower and piano punch. Gluing the mix together is his voice: a stunning instrument that's grown warm and weathered since his UK days fronting the band Wood, without losing its poignancy.

"This is the honest sound of the band playing the songs," he says simply. "It's not an overly complex record. I wanted it to sound as natural as it does when we play live. It's what happens when you get four guys together in a room, playing the chords and listening to each other."

"I don't think you can change people's opinions with a song," he admits. "A Trump supporter isn't going to turn into a socialist, just because they listened to something I wrote. But that can't stop me from talking about the world we all live in. I had to write about these insane times, and I wanted to do so in a way that wasn't one-dimensional or phony."

The modern world is a scary one. Maddock sets that dangerous place to music, mixing sweeping melodies and rousing choruses with lyrics that shine a bright light on these darker times. It's an album about the importance of speaking up and acting out. An album about what it means to be human, even in these insane times. Now entering his fourth decade onstage, Maddock has rarely sounded so compelling, so confident, so necessary.