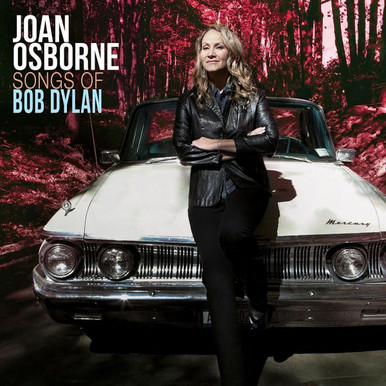 Multi-platinum singer and songwriter, JOAN OSBORNE announces the release of her ninth studio album, Songs of Bob Dylan. On Songs of Bob Dylan Joan Osborne unleashes her sizable gifts as a vocalist and interpreter upon Dylans celebrated canon with performances honed by Osbornes time spent performing Joan Osborne Sings The Songs Of Bob Dylan, two critically acclaimed two-week residencies at New York Citys Café Carlyle in March 2016 and 2017.Osborne felt free to play with the songs arrangements, a process that was also enabled by the virtuosity of Osbornes collaborators, guitarist Jack Petruzzelli (Patti Smith, The Fab Faux) and keyboardist Keith Cotton (Idina Menzel, Chris Cornell), who performed with her at Café Carlyle, and with whom she co-produced the album.

Songs of Bob Dylan is a follow up to the singers 2014 album, Love and Hate, and 2012s Grammy-nominatedBring It On Home. AllMusic has called her the most gifted vocalist of her generation and a singer who understands the nuance of phrase, time, and elocution. The Kentucky native famously got her start performing her own songs in New York Citys downtown rock clubs, around the time that she began to rediscover Dylans work with Oh Mercy. In 2003, Osborne joined the surviving members of The Grateful Dead and had the chance to sing with Dylan, their co-headliner.