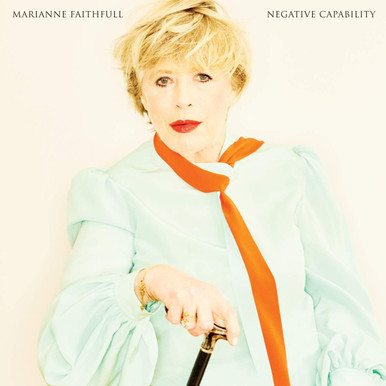 Negative Capability  is Marianne Faithfulls 21st album and the most emotionally powerful of her 54-year recording career. Facing down arthritis and bolstered by collaborators including Warren Ellis, Nick Cave, Rob Ellis, Ed Harcourt and Mark Lanegan, Negative Capability is charged with brutal honesty and autobiographical reflection as she addresses losing old friends, her loneliness living in her adopted city of Paris, and love.