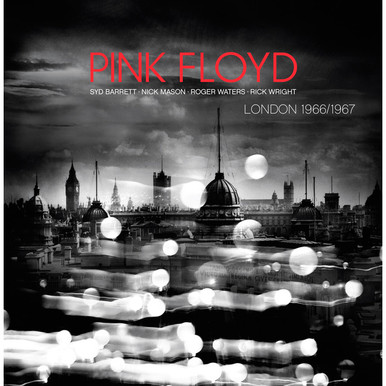 Following the 50th anniversary of the Summer of Love, Pink Floyds London 1966/1967 is celebrated on Kscope. The songs were originally recorded for Peter Whitehead as part of his legendary 1967 Tonite Lets All Make Love In London film - semi-documentary about the swinging London scene of the sixties. The film featured rare performance footage from the 60s line-up at Sound Techniques London & material from the legendary 14 Hour Technicolour Dream extravaganza in April 67 at Alexandra Palace & the UFO Club. London 1966/1967 contains two rare performances from the classic Floyd era with Syd Barrett, when they were at their most adventurous and exploratory, including an explosive 17 minute version of Interstellar Overdrive, recorded at the legendary Sound Techniques studio in early 1967.