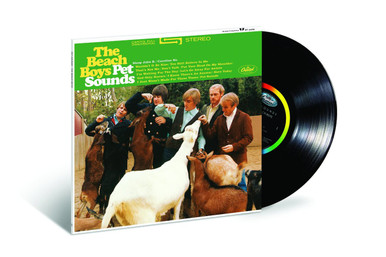 The Beach Boys’ 11th studio album, Pet Sounds has reigned atop countless critic and fan polls, and has maintained its timeless rank as one of popular music’s most-cited influences. More than 100 domestic and international publications and journalists have lauded Pet Sounds as one of the greatest albums ever recorded, and it entered the GRAMMY® Hall of Fame in 1998. Platinum-certified, Pet Sounds tops MOJO magazine’s “Greatest Albums of All Time” at No. 1, while Rolling Stone ranked Pet Sounds at No. 2 in the magazine’s list of the “500 Greatest Albums of All Time.”