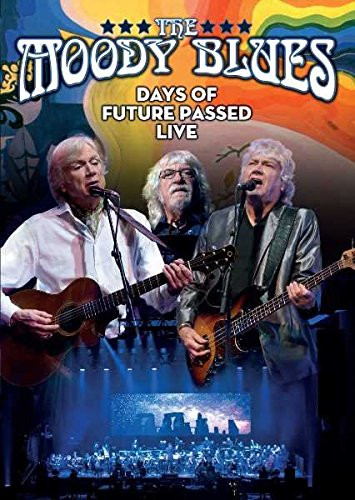 The Moody Blues classic 1967 album Days Of Future Passed is regarded as one of the foundation stones of the progressive rock genre. In 2017, the band headed out on the albums 50th Anniversary Tour including the wonderful show captured here at the Sony Centre For The Performing Arts in Toronto accompanied by a full orchestra. The concert begins with the band by themselves performing a selection of classic Moody Blues tracks before they are joined by the orchestra to perform Days Of Future Passed in its entirety plus a couple of fantastic encore tracks.