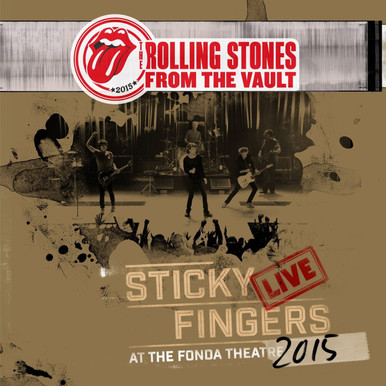 The Rolling Stones: From The Vault - Sticky Fingers Live At The Fonda Theatre 2015 (DVD + CD)