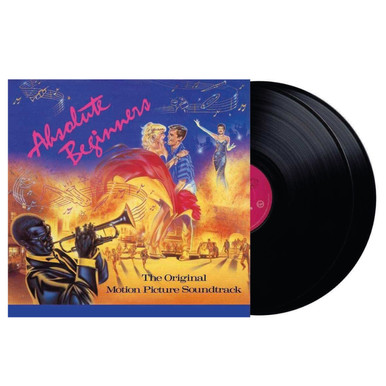 A reissue of a collection of twenty-two original songs recorded for Julian Temples 1986 film Absolute Beginners.

The film cast included Patsy Kensit, David Bowie, Eddie OConnell, Ray Davies, Sade, James Fox, Mandy Rice-Davies and Steven Berkoff (with blink and youll miss it cameos from Sandie Shaw, Eric Sykes and Strictly judge Bruno Tonioli). The soundtrack album boasts three songs by David Bowie (including the theme song, a 1986 number 2 single) that werent included on any of his studio albums. It also includes the Sade song Killer Blow, Ray Davies first solo single Quiet Life, and Riot City, an eight-and-a-half minute Jazz instrumental that marked a first solo outing for Jerry Dammers. All three tracks are unavailable elsewhere. In addition there is an extended version of The Style Council single Have You Ever Had It Blue? also unique to this album.

The album was produced by Clive Langer and Alan Winstanley, whose many credits include No. 1 singles for Madness and Dexys Midnight Runners. It features brass arrangements by Gil Evans, widely recognised as one of the key orchestrators in jazz, acclaimed for his collaborations with Miles Davis.