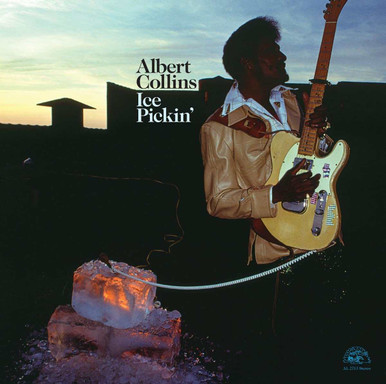 140 gram black vinyl reissue of the Grammy-nominated Alligator debut by The Master of the Telecaster, Albert Collins An essential part of any blues collection, the album features all-time fan favorites like Master Charge, Honey Hush and Conversation With Collins. All tracks remastered. Originally released in 1978.

Albert Collins is revered as a true blues legend, and his greatest success came after he signed with Alligator and cut 'Ice Pickin'.' It won the Best Blues Album of the Year Award from the Montreux Jazz Festival, in addition to being nominated for a Grammy, and has been inducted into the Blues Hall Of Fame.