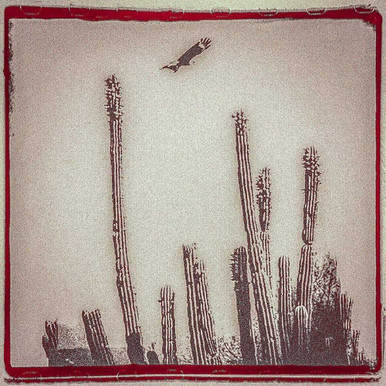 This is Alejandro Escovedo’s critically acclaimed album, The Crossing, with the vocals recorded in Spanish.

With the lyrics translated into and sung in Spanish, the concept album which tells the story of two young immigrants to the US, who bond over a mutual love of punk rock as they struggle with the racism and discrimination as immigrants, becomes an even more intimate experience.

It features guest vocalists, as well as Alejandro singing all of the songs from The Crossing in Spanish. Vocalists on the album include Alex Ruiz (Chingon), Patricia Vonne, Vanessa Del Fierro and Alejandro Escovedo.