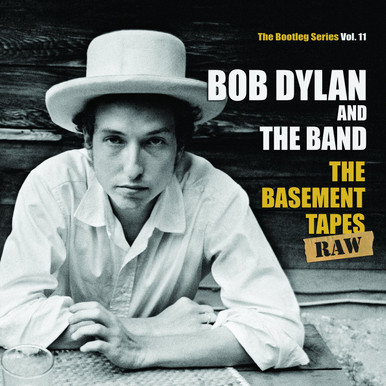 Compiled from meticulously restored original tapes  many found only recently - this historic six-disc set is the definitive chronicle of the artist's legendary 1967 recording sessions with members of his touring ensemble who would later achieve their own fame as The Band.

Over the years, the songs on The Basement Tapes have haunted and perplexed fans, with the recordings themselves representing a Holy Grail for Dylanologists.  What's on the rest of those reels?

The Basement Tapes Complete brings together, for the first time ever, every salvageable recording from the tapes including recently discovered early gems recorded in the "Red Room" of Dylan's home in upstate New York.  Garth Hudson worked closely with Canadian music archivist and producer Jan Haust to restore the deteriorating tapes to pristine sound, with much of this music preserved digitally for the first time.

The decision was made to present The Basement Tapes Complete as intact as possible.  Also, unlike the official 1975 release, these performances are presented as close as possible to the way they were originally recorded and sounded back in the summer of 1967.  The tracks on The Basement Tapes Complete run in mostly chronological order based on Garth Hudson's numbering system.