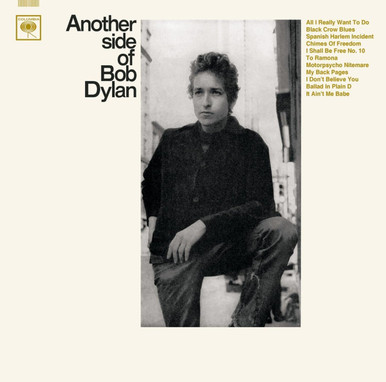 Fourth studio album by American singer and songwriter Bob Dylan, released on August 8, 1964 by Columbia Records.The album deviates from the more socially conscious style which Dylan had developed with his previous LP, The Times They Are A-Changin'. Pressed on Single standard black vinyl.