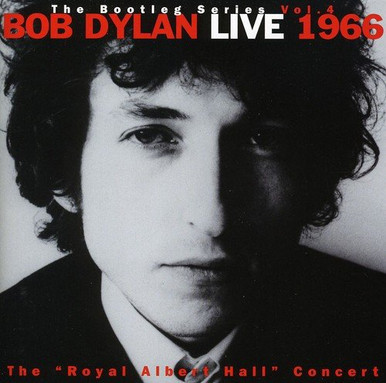 1. Tell Me, Momma
2. I Don't Believe You (She Acts Like We Never Have Met)
3. Baby, Let Me Follow You Down
4. Just Like Tom Thumb's Blues
5. Leopard-Skin Pill-Box Hat
6. One Too Many Mornings
7. Ballad Of A Thin Man
8. Like A Rolling Stone (Live Version)

Bob Dylans highly acclaimed first eight volumes of "The Bootleg Series" have been reconfigured to jewel case packaging & are now available at a new, lower price. This series of rare & live recordings are essential for Dylan fans & present a unique side to the iconic singer-songwriter, spanning almost half a century. Six formats, eight volumes, thirteen discs!

An official release for arguably the most famous bootleg in the history of popular music. This was Dylan's first 'electric' tour and was met with a bewildering level of hostility, so bad that Levon Helm from The Band (who were backing Dylan) left the tour as a result of the constant abuse. This gig was infamous as it includes a member of the audience calling Dylan Judas before he is drowned out by a furious version of 'Like A Rolling Stone', notoriously mistitled as it's really from Manchester's Free Trade Hall.