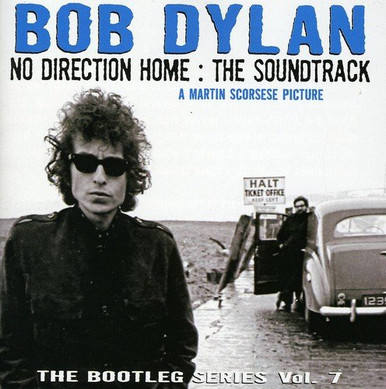 Disc 2
1. She Belongs To Me
2. Maggie's Farm
3. It Takes A Lot To Laugh,It Takes A Train To Cry
4. Tombstone Blues
5. Just Like Tom Thumb's Blues
6. Desolation Row
7. Highway 61 Revisited
8. Leopard-Skin Pill-Box Hat
9. Stuck Inside Of Mobile With The Memphis Blues Again
10. Visions of Johanna
11. Ballad of a Thin Man
12. Like A Rolling Stone

Book-ended with an embryonic recording made by a high school friend and a live, boisterous take of "Like a Rolling Stone" less than seven years later, the fifth release in the Bob Dylan Bootleg series (and the soundtrack to Martin Scorsese's Dylan documentary of the same name) proffers just how far the folk idol turned rock star had come between his last year in a Minnesota high school and 1966's contentious UK tour. The double CD is sequenced chronologically and features 26 rare and unreleased recordings (most between 1961 and 1966), including 1959's muddied "When I Got Troubles,' reportedly the first song Dylan ever put to tape, and Woody Guthrie's "This Land Is Your Land," performed live soon after Dylan's arrival in New York. While the usual suspects are present--"Don't Think Twice It's Alright," "Masters of War," "Mr. Tambourine Man"--this collection unravels the unexpected, including an outtake from The Freewheelin' Bob Dylan ("Sally Gal"), captivating alternate takes of "She Belongs To Me," "It Takes a Lot to Laugh, It Takes a Train to Cry" and "Visions of Johanna" (with full band) and the ripping electric version of "Maggie's Farm" that throttled the 1965 Newport Folk Festival and carried Dylan over the genre-influencing threshold into generation-altering icon status.