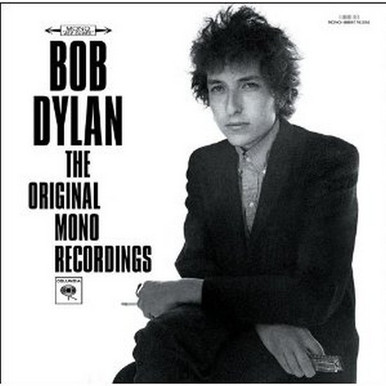 The Original Mono Recordings is comprised of Bob Dylan's first eight long-playing albums, painstakingly reproduced from their first generation monaural mixes as the artist intended them to be heard: one channel of powerful sound, both direct and immediate. While stereo recordings had been available as early as the mid-1950s, mono was still the predominant  and often preferred  mode of recording and mixing by the top artists of the 1960s.

The Original Mono Recordings 8 CD and 8 LP editions are accompanied by a deluxe booklet, featuring vintage photographs of Bob Dylan and an expansive essay from renowned author and Dylan aficionado, Greil Marcus. Each disc in the set comes in its own individual jacket which faithfully replicates the original album artwork, complete with labels and stickers that were found on the original 1960s releases.

These eight albums  spanning the artist's self-titled debut in March 1962, through John Wesley Harding released on December 27, 1967  are universally regarded as some of the most important works in the history of recorded music.

The eight albums in The Original Mono Recordings are as follows: