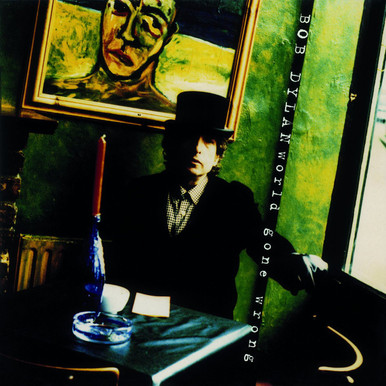 World Gone Wrong is the 29th Bob Dylan studio album, released in 1993. It was Dylan's second consecutive collection of only traditional folk songs, performed acoustically with guitar and harmonica. The songs tend to deal with darker and more tragic themes than the previous outing, Good As I Been To You.

World Gone Wrong is an exceptional album, boasting an exceptional set of songs given performances so fully realized that they seemed like modern protest songs. Much of this record is fairly obscure to anyone outside of dedicated folk fans; "Delia" (covered by Johnny Cash the following year) and "Stack-A-Lee" are the most familiar items, yet they're given traditional readings, meaning that the latter doesn't quite seem like "Stagger Lee."

But even if these are traditionalist, they're spirited and lively renditions, and Dylan seems more connected to the music than he has in years. That sense of connection, plus the terrific choice of songs, makes this one of his best, strongest albums of the second half of his career.