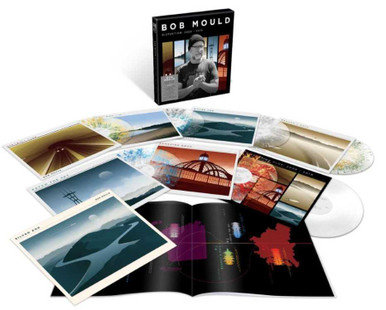 Each album is presented with brand new artwork designed by illustrator Simon Marchner and pressed on 140g clear vinyl with unique splatter effects.

Bonus LP Distortion Plus: 2008 2019 which features Moulds collaborations with Foo Fighters and Butch Walker plus the 2019 single I Dont Mind. Pressed on clear vinyl with an etched B side.

Mastered by Jeff Lipton and Maria Rice at Peerless Mastering in Boston.