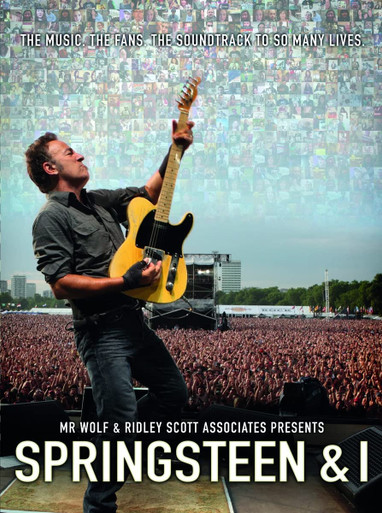 Bruce Springsteen is more than a musician - with his songs, The Boss has shaped more than a generation, sold millions of albums worldwide, and enjoys hero status in the Us and beyond
The footage used in the documentary is comprised entirely of videos and photos submitted by fans, who share their own personal insights and experiences about how Springsteen and his music have influenced their lives. In the documentary "Springsteen & I", director Baillie Walsh, in collaboration with Ridley Scott, goes on the trail of the exceptional musician.

Tracks: Thunder Road / Because The Night / Shackled And Drawn / We Are Alive / When I Saw Her Standing There / Twist And Shout / Rogerio's Film / Dreams / Murakami's Film / Minami's Film / Meet The Fans