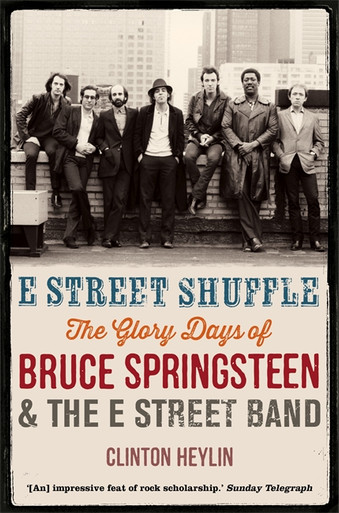 Bruce Springsteen is one of the most important and controversial rock stars of our times: this is the story of the man - a complex, poetic loner whose albums went on to sell 18 million copies - and the band that gave his inner vision a punch and a swagger.

Clinton Heylin has written the most factually accurate, informative book on Springsteen to date. As in Heylin's definitive Bob Dylan title Revolution in the Air, E Street Shuffle will focus on Bruce Springsteen and his work: the songs he's written, the way they were recorded, how they sounded live.

Heylin also has unparalleled access to the people around Springsteen: current and former members of the E Street Band; CBS A&R personnel; Springsteen's 'New Dylan' contemporaries, as well as fellow Asbury Park musicians and scenesters, and rock critics. This is the essential book for any fan of the Boss.