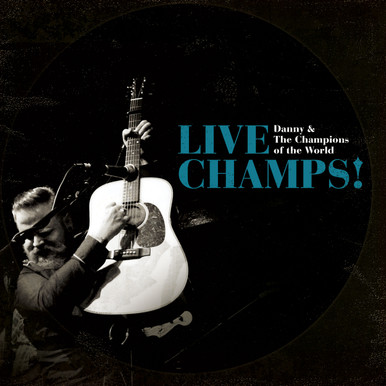 Danny and The Champions Of The World - Live Champs! (2 x CD)

Order the new Live album from Badlands and you will be entered into a free prize draw to win a pair of tickets to an upcoming show on The Champs forthcoming UK tour... We will be giving away 5 pairs of tickets to 5 different shows!

You will also receive your album early...14 Days before the official release date of the 29th September

In a way it's the ultimate Champs album enthuses Danny & The Champions Of The World front man Danny George Wilson and he's not wrong. The double album runs from 2008's These Days taken from their self titled debut, to a selection of favourites from last year's critically acclaimed album Stay True (their finest set yet ???? MOJO), via the likes of Henry The Van from 2010's Streets Of Our Time and Colonel & The King from 2011s Hearts & Arrows. Its almost like a greatest hits of Danny & The Champions The World. However, this particular hits package captures what the studio recordings cant quite convey - the raw passion and energy of a Danny & The Champs live show. As Danny explains ever since I was a kid I've absolutely loved live recordings, ever since we played those bootleg cassettes in our dads car again and again... its something that a studio album cannot capture. This is what we sound like right now and I'm thrilled we were able to capture that.

Recorded live at a sold out hometown show at Jazz Cafe, Camden on the 6th March this year, featuring co-conspirators Trevor Moss & Hannah-Lou, you can either take this as a welcome reminder of a shit-hot show, or a harsh lesson on how you should never pass up an opportunity to catch these guys live.