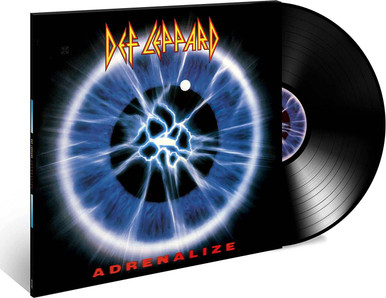 The fifth album was released in 1992 and was the first after the death of guitarist Steve Clark, it went straight in at No 1 in the Billboard charts.

The album produced by the band and Mike Shipley (with Mutt Lange Executive producer) contain songs like Let’s Get Rocked and Make Love Like A Man which are still played today in the bands set.

Side B
1. Stand Up (Kick Love into Motion)
2. Personal Property
3. Have You Ever Needed Someone So Bad?
4. I Wanna Touch U
5. Tear It Down