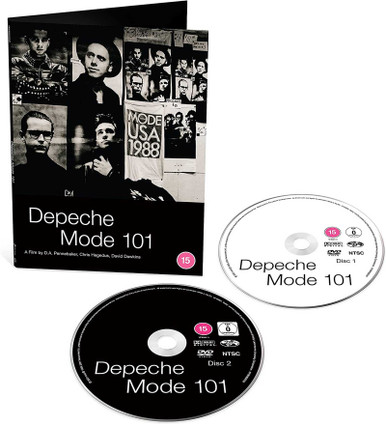 This edition has been upgraded using new scans of the original film reels and includes the film, the concert and the official promotional video for "Everything Counts .“Additional content: Commentary track by Depeche Mode and D. A. Pennebaker’s film crew. Interviews with Dave Gahan • Andy Fletcher • Martin Gore • Daniel Miller • Jonathan Kessler. Interviews with the fans from the bus: Christopher Hardwick • Oliver Chester • Jay Serken.