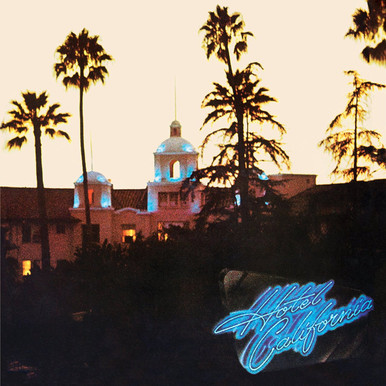 December 1976 saw the Eagles release one of the most influential rock albums of all time. It was an immediate hit, topping the Billboard charts for 8 weeks in the US, winning 2 Grammy Awards and eventually proceeding to sell 32 million copies worldwide.

40 years on, this landmark album has been remastered into brand-new 2CD 1 Blu-Ray Audio deluxe edition package that includes the original studio album, ten previously unreleased live recordings as well as hi-res and 5.1 mixes. Presented in a stylish 11 x 11 hardbound book, the set also features rare and unseen photos from the era, a replica tour book and 3 stand-alone posters.

The collection opens with a recently remastered version of the original album, featuring 2 Billboard number 1 singles - New Kid In Town and the title track. It also houses the debut of 10 live tracks that were recorded during the bands 3 night stand at the Los Angeles Forum, in which classic tracks such as Hotel California were played for one of the first ever times.