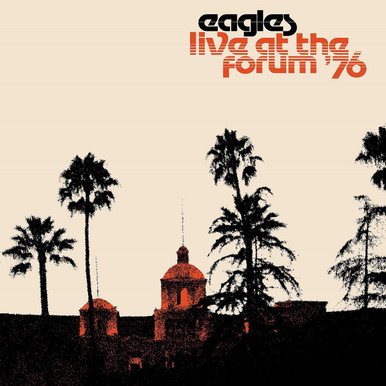 Side A
1. One Of These Nights
2. Hotel California
3. Already Gone

Rhino release LIVE AT THE FORUM ’76, featuring 10 songs recorded in the autumn of 1976, just prior to the release of Hotel California. LIVE AT THE FORUM ’76 will be available on 12th November as a 2LP set on 180-gram vinyl. The tracks will be making their vinyl debut, as they were previously only available on CD and digitally as part of 2017’s “40th Anniversary Edition” of Hotel California. The live music takes up three LP sides while the final one features an exclusive etching of the artwork.