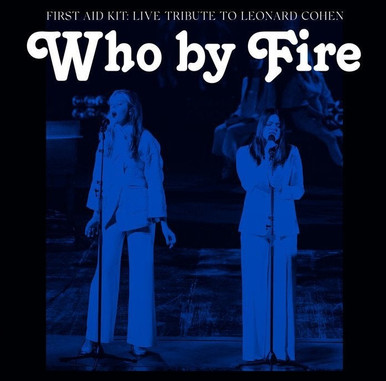 Who By Fire, a live tribute album to Leonard Cohen.

Performed across two nights at the Royal Dramatic Theater in Stockholm in March of 2017, the 20-track recording is a theatrical staging of Leonard Cohen’s songs, poems, and letters. Conceived and anchored by First Aid Kit, the Swedish sister duo were joined by an array of fellow Swedish guest artists, an 8 person band & strings, and two actors, as well as a 20+ person choir on two of the songs.