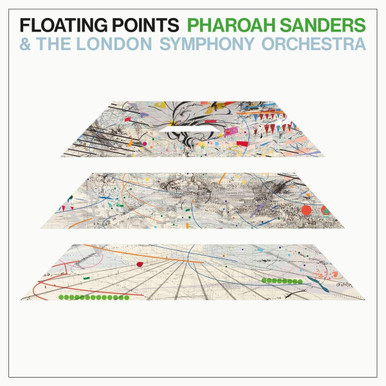 In the saxophonist's first studio album in over a decade, Pharoah Sanders — who played with John Coltrane and Albert Ayler in the 1960s, and has remained a spiritual force in music ever since — joins Sam Shepherd, most commonly known as Floating Points, the producer and crate explorer behind expansive albums like Elaenia. A dreamlike piece in nine movements, Promises is fleshed out with strings, keyboards and electronics, yielding something unlike anything either artist has produced.