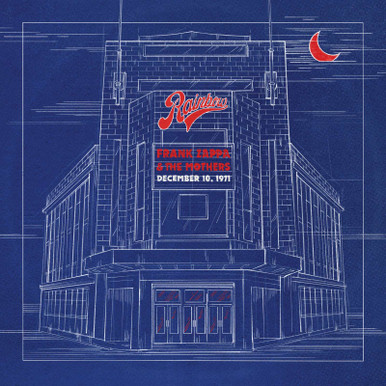 3-LP 180-gram Tri-fold Jacket. All tracks are newly mixed from the original multi-tracks by Eddie Kramer The historic and infamous final show of the Flo & Eddie line-up with The Mothers in its entirety. The concert was the first scheduled after the legendary fire disaster in Montreux, Switzerland, resulting in the group playing on newly acquired gear. The show was a success until Frank Zappa was shockingly pushed off stage by a concert attendee. The attack resulted in grave injuries for FZ and caused the cancellation of the tour and ultimately the band. Featuring a brand new 2021 mix & liner notes by Eddie Kramer and mastered by Bernie Grundman. Pressed onto a 3 LP set on 180g by Optimal:Media in Germany.