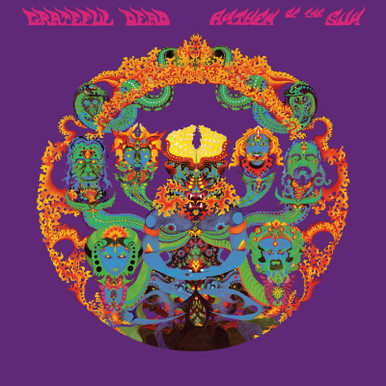 Side A:
1. Thats It For The Other One
i. Cryptical Envelopment
ii. Quadlibet For Tender Feet
iii. The Faster We Go, The Rounder We Get
iv. We Leave The Castle
2. New Potato Caboose
3. Born Cross-Eyed

The bands most experimental album, Anthem Of The Sun was an unprecedented mix of studio and live recordings stitched together to create a hybrid. More than fifty years later, it remains a pinnacle of psychedelic music. It also marked a departure for the band, as they began to channel their creativity into longer jams on songs like Alligator and Caution (Do Not Stop On Tracks)  two live staples of the Deads early days. During this period, the band included: Jerry Garcia, Bob Weir, Ron Pigpen McKernan, Phil Lesh, Mickey Hart, and Bill Kreutzmann.

The LP features a remastered version of the 1971 mix, mastered by Grammy®-winning engineer David Glasser from the original analog master tapes.