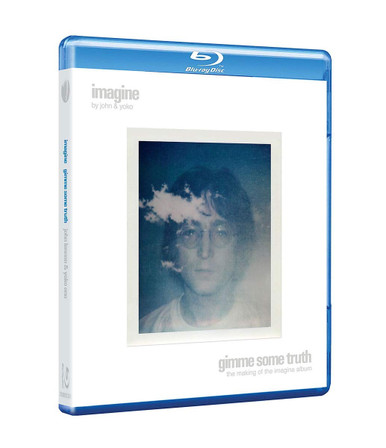 The ground-breaking film is widely regarded as one of the first video albums, featuring as it does a distinct visual treatment for every song on the album. The Grammy award-winning Gimme Some Truth (Directed by Andrew Solt) is a stunning fly-on-the-wall document of how one of the most iconic and important albums of the rock era came into being. The progress of the songs on the album is followed through their inception to final recording, producing an extraordinary visual demonstration of a great talent using the recording process to bring his vision to a reality; and providing glimpses into the creative genius of John Lennon, and the striking special moments between John and Yoko.

With exclusive, never-before-seen bonus content providing further glimpses into the creative process and the evolution of three key album tracks in their raw studio mixes, plus an insight into John and Yokos photoshoot with David Bailey. Both films have been hand restored frame-by-frame from the original film reels into HD, and their soundtracks have been remixed in 5.1 surround sound, and remastered. Youve never seen or heard these films like this before.