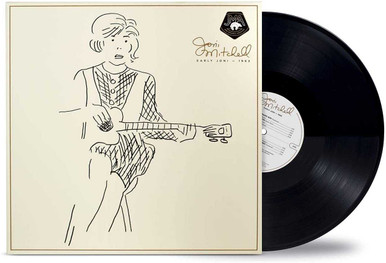 EARLY JONI  1963 is Jonis earliest-known previously unreleased recording where a 19-year-old Mitchell performs at CFQC AM, a radio station in her hometown of Saskatoon, Saskatchewan. The album will be released as a single LP on 180-gram vinyl. Like several of Mitchells past albums, the cover for EARLY JONI features a self-portrait and marks her first new art in many years. Barry Bowman was working as a DJ at radio station CFQC in 1963 and provides the notes for EARLY JONI.