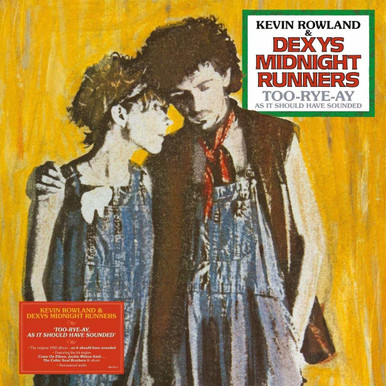 Kevin Rowland Dexys Midnight Runners - Too-Rye-Ay, As It Should Have Sounded (VINYL LP)

To tie in with the 40th anniversary of the multi-platinum selling album, we present ‘Too-Rye-Ay, as it should have sounded’. Kevin Rowland was never happy with the final mix of the album, despite its huge commercial success. So with Helen O’Hara, and Pete Schwier they decided to mix it again. In recent interviews Kevin has stated... “The songs and performances are great, but I always felt the mixes could be better. It’s my most successful album, but it doesn’t sound as good as the others” “This is the director’s cut and it’s how it should have sounded...” The album’s cover has also been re-modelled, using the preferred image from the Come On Eileen single sleeve.

Side A
1. The Celtic Soul Brothers
2. Let's Make This Precious
3. All In All (This One Last Wild Waltz)
4. Jackie Wilson Said (I'm In Heaven When You Smile)
5. Old