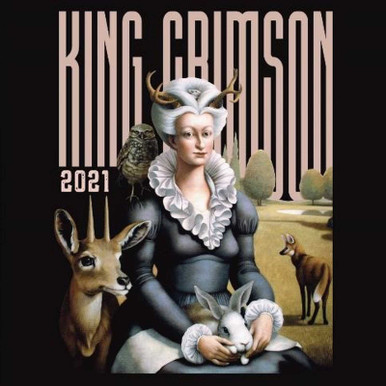 CD One
1. Introductory Soundscape
2. The Hell Hounds Of Krim
3. Larks' Tongues In Aspic Part I
4. Pictures Of A City
5. The Court Of The Crimson King
6. Red
7. Tony Cadenza Deals It Slitheryacious-To-The-Max
8. Neurotica
9. One More Red Nightmare
10. Indiscipline

Music is our Friend – Named after the tour from which the performances were taken, “Music Is Our Friend” is an official bootleg featuring all of King Crimson’s final performance in North America at Washington in September, 2021.

This 2CD set is completed with four pieces from the first concert of the tour’s second leg in Albany. Taken together, these tracks represent both a beginning and an end of a tour that took place despite almost insurmountable issues.