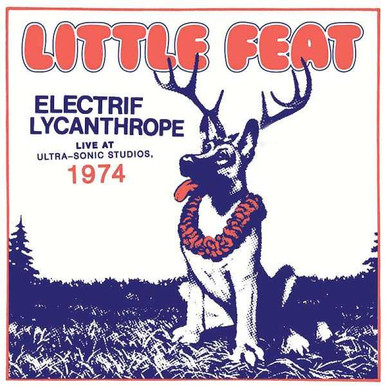 Nestled between the classic LP releases Dixie Chicken and Feats Don’t Fail Me Now and performed for a small and intimate assembled studio audience, this recording finds Little Feat in their prime, live from Ultrasonic Studios in Hempstead, NY on September 9, 1974.

Often discussed as their ‘best’ line up, this recording features the 1974 version of Little Feat containing Lowell George (Guitar, Vocals), Paul Barrere (Guitar, Vocals), Kenny Gradney (Bass), Richie Hayward (Drums, Vocals) Sam Clayton (Percussion, Vocals), and Bill Payne (Keyboards). With excerpts of this performance only available previously as a legendary ‘70s bootleg, this release is the first time the full-length performance is available, directly from the original pre-FM broadcast master tapes, and serves as an excellent introduction to one of rock ‘n’ roll’s best – yet criminally unsung – outfits. The recording captures the band cranking out songs from what are arguably two of their three best studio albums, at the pinnacle of their chemistry.