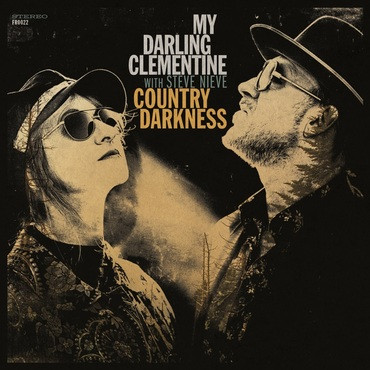 As the nights draw in this winter, My Darling Clementine present… Country Darkness, a new album that throws a spotlight on 12 hidden gems from the Elvis Costello repertoire and vividly reimagines them in the duet’s definitive country-soul styling. The record sees Michael Weston King and Lou Dalgleish joined by a very special guest in the form of The Imposters original: Steve Nieve, whose inimitable keys and wisdom radiate throughout the release. Synonymous with the Elvis Costello sound, Steve Nieve has worked with Elvis since 1977, recording with him for the first time on his second album This Year’s Model. He was a founding member of The Attractions, and now, for over 20 years, one of The Imposters.