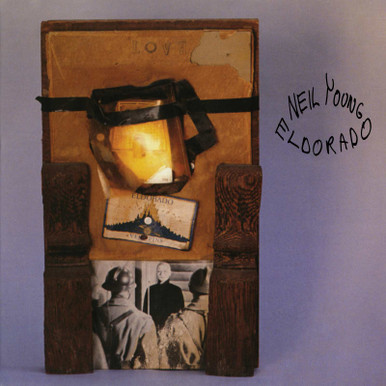 Standalone release of Neil Young & The Restless EP ‘Eldorado’. Originally only released in Australia and Japan, the EP contained three different mixes of ‘Don’t Cry’, ‘On Broadway’ and ‘Eldorado’ from those that appeared later on Young’s ‘Freedom’ album. It also featured ‘Cocaine Eyes’ and ‘Heavy Love’ which were unreleased recordings.