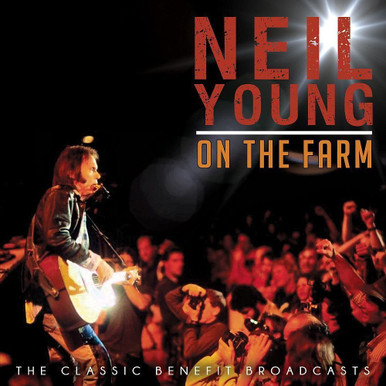 To celebrate the 30th anniversary of Farm Aid, Down on the Farm brings together highlights from Young s performances at Farm Aid IV, V and VII, all broadcast live on FM radio for the benefit of audiences across America. Held at the Hoosier Dome in Indianapolis, Farm Aid IV took place on April the 7th 1990 and featured Garth Brooks, John Denver, Elton John and Guns N Roses. Neil Young arrived as an artist restored to international prominence as one of the key influences for the nascent grunge movement. After a somewhat difficult 80s, he had closed the decade on a high with Freedom and Rockin in the Free World ; by the time of the Farm Aid show he had begun sessions with Crazy Horse for what would become Ragged Glory , one of the most highly acclaimed albums of the year. The event skipped a year in 1991, but was back for Farm Aid V in 1992 when Young s revival was at its peak. The concert came this time from the Texas Stadium in Irving, Texas on the 14th of March and foreshadowed the release of another iconic album in the Young canon: Harvest Moon . The record s title track was featured in his set from Texas, an early live version of the song that fans and collectors will find indispensable. Intriguingly, given that Harvest Moon is often cast as an informal follow up to Harvest , the performance also included a rendition of Old Man . And so finally to New Orleans in 1994, where Farm Aid VII played the Superdome on September the 18th. This time Neil Young took to the stage just after the release of yet another critically lauded album and return to Crazy Horse, Sleeps With Angels , from which he performed Change Your Mind in the year that the American music scene was rocked by the shocking death of Kurt Cobain. Taken together, the Farm Aid performances are a fascinating record both of an American institution and the evolution of Neil Young during the key moments in his 90s renaissance, an essential collection for all fans of one of music s most important figures.<br><br>