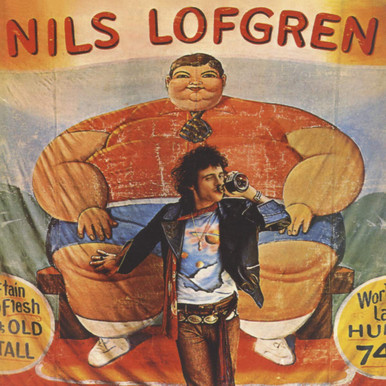 A terrific solo debut that was unfortunately never matched by its follow ups, this album fulfilled the promise he showed with Grin and his stint with Crazy Horse. The album 'Nils Lofgren' features the talented trio of Nils Lofgren on guitar and vocals, Aynsley Dunbar on drums, and Wornell Jones on bass.

This 1975 release spawned a couple of instant classics in 'Back It Up', 'If I Say It, It's So', 'Can't Buy A Break', the Keith Richards homage 'Keith Don't Go (Ode to the Glimmer Twin)', plus an exceptional cover of Carole King's 'Goin' Back' among its many high points. The reputation of this album (nicknamed 'The Fatman Album') has only grown over the years!