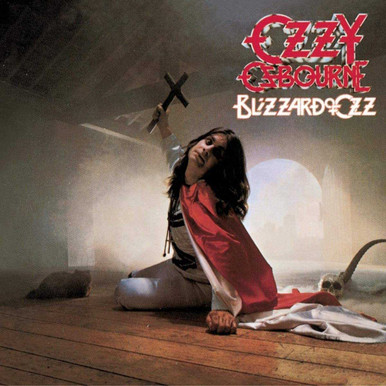 SIDE A:
1.I Don't Know
2.Crazy Train
3.Goodbye to Romance
4.Dee
5.Suicide Solution

SIDE B:
1.Mr. Crowley
2.No Bone Movies
3.Revelation (Mother Earth)
4.Steal Away (The Night)

Blizzard of Ozz is the debut studio album by British heavy metal vocalist Ozzy
Osbourne, released on 20 September 1980 in the UK and on 27 March 1981
in the US. The album was Osbourne's first release following his firing from
Black Sabbath in 1979 Blizzard of Ozz is the first of two studio albums
Osbourne recorded with guitarist Randy Rhoads prior to Rhoads' death in
1982.

This version is released on silver vinyl with red swirls in 2021.