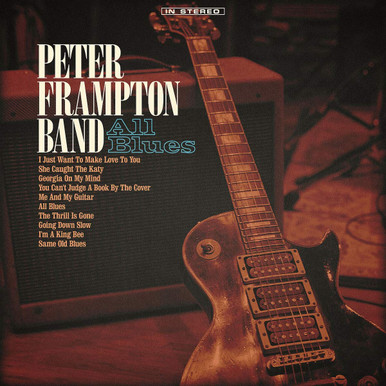 'All Blues', an album from the Peter Frampton Band, released via UMC.

The album is a collection of Framptons favorite blues classics and was recorded with his longtime touring band, made up of Adam Lester (guitar/vocals), Rob Arthur (keyboards/guitar/vocals) and Dan Wojciechowski (drums). All Blues was recorded at Framptons studio in Nashville, Studio Phenix, and was co-produced by Frampton and Chuck Ainlay. The album features additional collaborations with Larry Carlton, Sonny Landreth and Steve Morse.