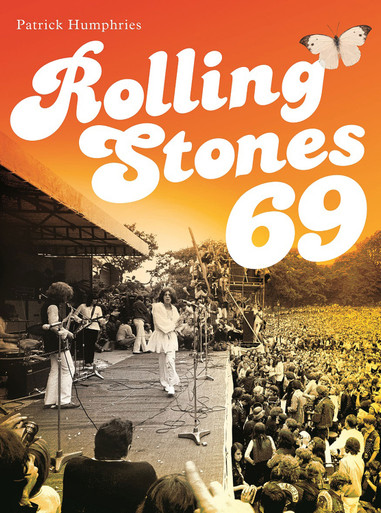 Against a backdrop of social unrest and protests The Rolling Stones entered 1969 as a successful blues band that had experimented with psychedelia but were returning to their rock'n'roll roots. By the end of 1969 they had released a stone cold classic, lost one of their founding members, played an era defining concert at Hyde Park to half a million people and seen a fan stabbed to death at their concert in Altamont. This is the story of how 1969 cemented the Stones as 'the greatest rock & roll band in the world'.

Author Bio:
Patrick Humphries started out as a hip young gunslinger on New Musical Express in 1976, and has been writing about music ever since. In the intervening years he has interviewed three Beatles, Bruce Springsteen, Lou Reed, Roger Waters, Joe Strummer, Elvis Costello, Cher, Neil Tennant and Art Garfunkel, among others. He has contributed to The Times, The Independent, The Guardian, Mojo and Sunday Express and has written numerous books including definitive biographies of Nick Drake, Fairport Convention, Tom Waits, Richard Thompson and Lonnie Donegan. He has also written and presented a wide variety of series and individual documentaries for BBC Radio 2 and Radio 4.