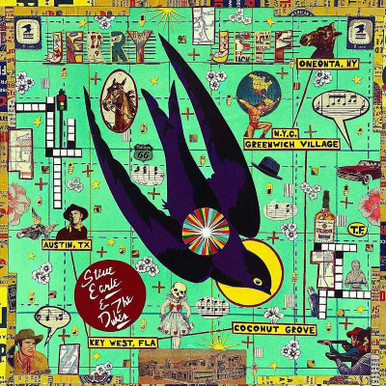 Steve Earle has been creating intimate and personal music for well over four decades now. His songwriting has wound itself along a path from Texas to Tennessee and his education came in the form of learning from the best. 2009's Grammy-nominated record, TOWNES was a tribute to his dear friend and mentor, Townes Van Zandt. Ten years later Earle released, GUY. An album concentrated on paying homage to the late Guy Clark and the indelible friendship that they had formed in stories told through song. 2022 welcomes the release of JERRY JEFF. A 10-song collection of songs written by the gypsy songman, Jerry Jeff Walker. Featuring hits like, "Mr Bojangles" and "Gettin' By", Earle & The Dukes honor the late Texan by amplifying the concept and sound of each song with a full-band recording.