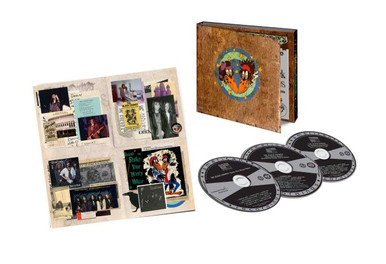 Shake Your Money Maker, the classic debut album from The Black Crowes has received the super deluxe treatment for its 30th anniversary. Hours of audio from the original studio sessions and live shows have now been curated under by brothers Chris and Rich Robinson and album producer George Drakoulias. The new collection features 5 unreleased songs including the should have been a single studio track Charming Mess along with studio recording covers of Humble Pies 30 Days In The Hole and John Lennons Jealous Guy.
The original album has been newly remastered from the original tapes.

Also unearthed were the original multitrack tapes from the bands homecoming concert. Recorded over two nights at Atlanta, GAs Center Stage, the full concert is now available for the first time ever. Previously, only the live version of She Talks To Angels was released from this show.