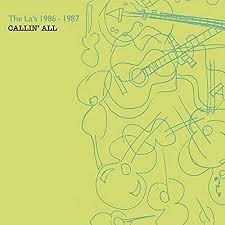 The La’s are one of the most enigmatic bands of the last few decades releasing only a handful of singles and one 'official' critically acclaimed album (which was disowned by the band itself!). Lee Mavers (singer/songwriter) has stated repeatedly, that the closest he came to capturing his perfect vision was with the original recordings- which now appear here on vinyl with an undisputed spirit and freshness that could never be recaptured.