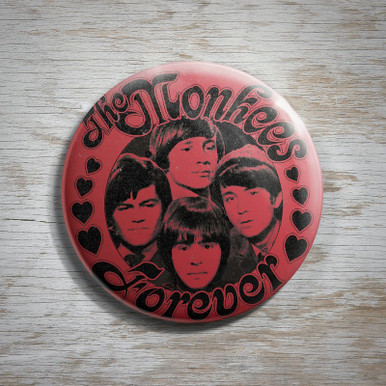 Side A:
1.I’m A Believer
2.Valleri
3.You Just May Be The One
4.That Was Then, This Is Now - Micky Dolenz & Peter Tork
5.(I’m Not Your) Steppin’ Stone
6.Pleasant Valley Sunday
7.Daydream Believer

The Monkees’ golden anniversary celebration continues to gain momentum. It has been fueled by the critical and commercial success of the band’s first new studio release in 20 years as well as the glowing reviews for the group’s ongoing 50th Anniversary Tour.

The Monkees returned to the charts this year when “Good Times!” debuted at #29 in the UK, marking the highest position the group had achieved with a studio album since 1967.

This 14-track vinyl compilation spotlights the group’s biggest hits, as well as “She Makes Me Laugh” from the new album. The Monkees have amassed a 12 Top 40 hits, including a trio of tracks that soared to #1. Between September 1966 and December 1967, “Last Train To Clarksville,” “I’m A Believer,” and “Daydream Believer” collectively occupied the top position for 12 weeks.