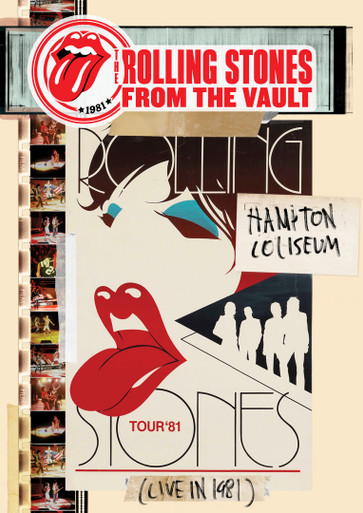 The Rolling Stones - From The Vault: Hampton Coliseum (Live In 1981) (DVD)

From The Vault is a new series of live concerts from The Rolling Stones archive which are getting their first official release. Hampton Coliseum  Live In 1981 is the first title in this series. The Rolling Stones American Tour in 1981 was the most successful tour of that year taking a then record $50 million dollars in ticket sales. The tour was in support of the critically and commercially successful Tattoo You album. There were fifty dates on the tour which ran from Philadelphia at the end of September through to Hampton, Virginia on the 18th and 19th of December. The show on December 18th, which was also Keith Richards birthday, was the first ever music concert to be broadcast on television as a pay-per-view event. The footage has now been carefully restored and the sound has been newly mixed by Bob Clearmountain for this first official release of the show.